The 12th annual MX vs ATV All Out Ricky Carmichael Daytona Supercross Championship will take place Sunday, March 7 through Tuesday, March 9 at the Daytona International Speedway in Daytona Beach, Florida. MX vs ATV video-game franchise returns to RCSX as title sponsor for 2021. 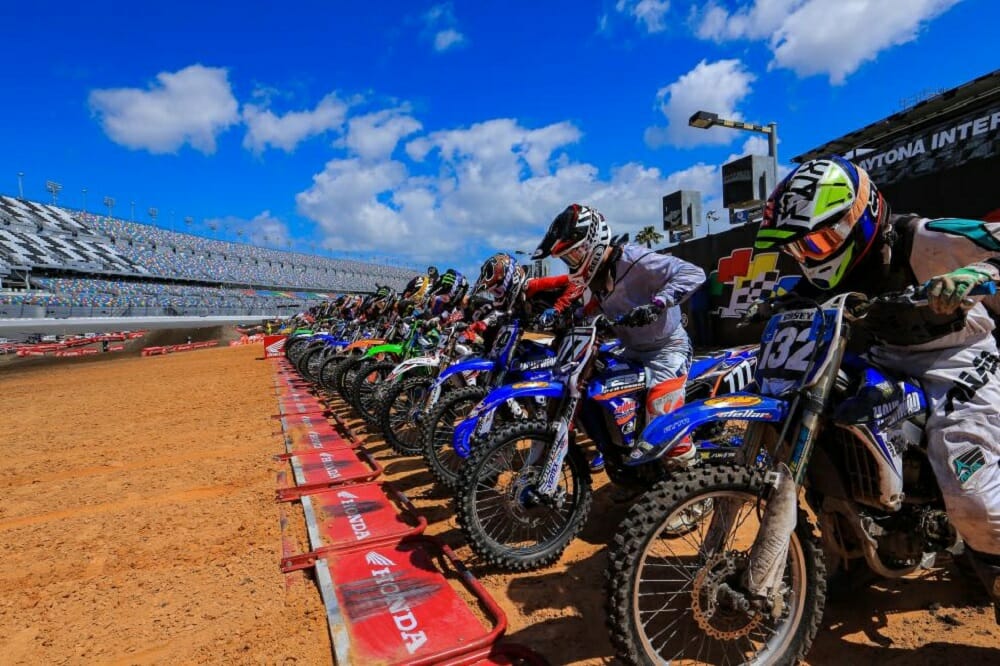 MX Sports Inc., producer of the Ricky Carmichael Daytona Amateur Supercross (RCSX), is excited to announce that MX vs ATV will be returning for their second consecutive year as the event’s title sponsor. RCSX will take place March 7 and 8 with Daytona Vintage Supercross presented by Vintco being held Tuesday, March 9 alongside AMA Pro ATV racing.

Currently available across PC, PlayStation 4 computer entertainment system, Xbox One Consoles, and Nintendo Switch MX vs ATV All Out is the complete off-road racing and lifestyle experience. Players can create their own private compound, ride across massive outdoor environments, and compete in the best series events.

The MX vs ATV franchise was created by Rainbow Studios and dates back to 2005 when MX vs. ATV Unleashed, featuring both dirt bikes and ATVs in one game, was released. Then in 2018 the franchise re-built themselves from the ground up, bringing racing and the off-road lifestyle to life in MX vs ATV All Out.

“Supporting the motocross community beyond our games is important to the team at Rainbow. The 2021 RCSX is an amazing opportunity for us to give back to the community and support amateur Motocross riders of all ages, walks of life and skill levels.” – Lenore Gilbert CEO Rainbow Studios

Pre-Registration for RCSX, DVSX and ATVSX are open until March 3, 2021. Click HERE and follow the directions to pre-register for the event and purchase your admission and camping tickets.